DR. PETER A. SHAPIRO, former head of the UW Department of Orthodontics, has given more than 30 years of distinguished service to the School of Dentistry as a researcher, faculty member and department chair. Beyond this, he has established an outstanding record of leadership and commitment in generating support for the department and the School, a record that has earned him formal recognition as a University of Washington Benefactor. 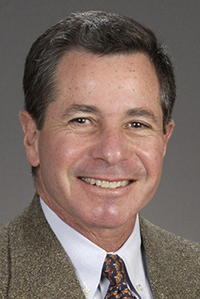 Dr. Shapiro personally raised more than $1 million to establish the prestigious MoorelRiedel Professorship in Orthodontics, with an endownment created in 1999. More recently, he worked with the UW Orthodontic Alumni Association to raise funds for a $1.3 million clinical renovation that was unveiled late last summer. Along with Dr. Vincent Kokich, he established the Kokich/Shapiro Endowed Scholar Fund, which supports an annual visit by scholars in the field of orthodontics or related disciplines.

In addition to his regular duties at the School of Dentistry, he has played an active role on School committees throughout his tenure, most recently on the oversight committee of The Center for Pediatric Dentistry. He has also been active in the Seattle community, including serving as President of the Jewish Family Service.