It is with sadness that I relay the news of John Roger’s death on January 29, 2019. John was a 1961 graduate of our program, and he practiced in Seattle, Bellevue, and Redmond. He was an avid outdoorsman, and enjoyed many hobbies, including photography and dancing. Unfortunately, I did not receive information about his memorial until today.

We extend our deepest condolences to John’s family. 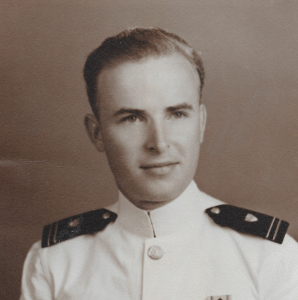 He practiced dentistry and orthodontics in Seattle, Bellevue, and Redmond for almost 50 years. He was an avid skier, bicyclist, hiker, backpacker, Eagle Scout,accomplished dancer, an artist, a talented photographer, inventor, avid fly fisherman and expert fly tier. He played soccer and boxed at the Coast Guard Academy, and loved to cook and read books.

A devoted husband and father, a good friend and inspiration to all.
Born 12/21/1919 to John Edwin and Florence Rogers.
Married 6/2/1962 to Laura Tillman
They had 3 children; Brad Rogers (Susan), Scott Rogers (Tricia), and Kati Arpin (Art), and 4 grandchildren.