I am sorry to share more sad news. Another alum, James Hansel, recently passed away on Sept 7th 2018.  He received his orthodontic certificate in 1970, and he practiced in Kitsap County for decades.  During the 1980’s, he became interested in woodcarving, specifically birds, and he became an accomplished artist. Jim’s obituary can be found at the link below.  We extend our deepest condolences to his family.

Dr. JAMES HANSEL
___________
January 8, 1940 – September 7, 2018
This day for our family and friends is a very sad day.
Our Wonderful Jim has passed away.
Sadly, he leaves his wife of Fifty-Seven years.
She has great love and memories through her tears.
His daughter, Barbara, shares his love of children and art.
She teaches children for her part.
His son, Ken, is also in the world of care.
As a Pharmacist helped with Jim’s treatment anytime anywhere.
Our German boy, Chris who became a second son.
Was in our family a son and brother to everyone.
Grand Babies were Jim’s biggest and most fun joys.
Barb gave him Mike & Geoff, two great boys.
She also gave us a sweetie pie from Mike.
Her name is Callista, a little darling we all like.
Ken added his boys Bryan and Jake.
Also, a beautiful girl, Halie, who is great.
Chris contributed Ally, Collin and Nic.
Chris won’t see them grow up which makes us sick.
Jim was best known for placing braces.
Making beautiful smiles on beautiful faces.
His fabulous artistic talent was in carving birds.
All so beautiful there aren’t adequate words.
He loved hunting with his boys and all.
Anything outdoors especially in the fall.
He will be missed by family and friends he knows.
As memories of his Love, Caring, Teasing and Sarcasm grows.
Rest in Peace my Love.
https://uwoaa.org/wp-content/uploads/2016/05/UWOAA-Logo.png 0 0 Brad Delaney https://uwoaa.org/wp-content/uploads/2016/05/UWOAA-Logo.png Brad Delaney2019-03-28 12:44:202019-04-23 12:38:02Passing Of James Hansel

Jim Mulick, Class of 1961, passed away this past December.  Jim practiced in the San Fernando Valley in California, and was heavily involved with the treatment of cleft and craniofacial patients.  He shared this expertise with the orthodontic residents at UCLA for decades.  Jim was devoted to his family, his community, and his faith, and he will be dearly missed.  Please join me in extending our condolences to his family. 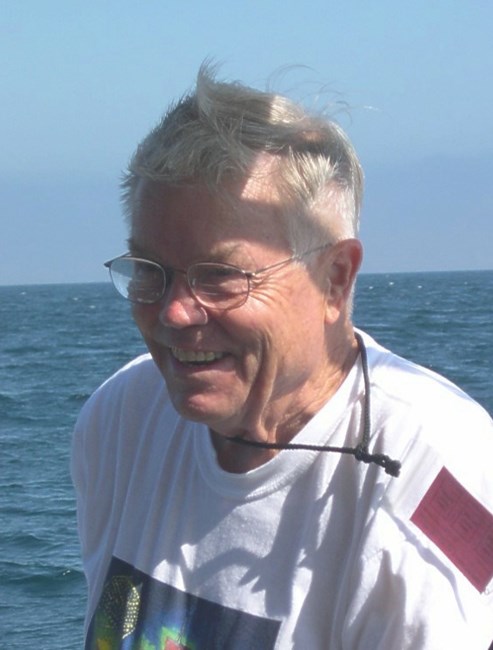 Jim was born in Long Beach, California to Robert Mulick Sr. and Dallas Mulick on September 20, 1928. Like so many young men of his generation, Jim joined the United States Navy after High School. He served on the SS/AGSS-395 Redfish submarine as an ET3. Jim then went on to obtain his undergraduate degree at what would become the University of California, Santa Barbara. He met Joyce MacQueen, and they married after Jim graduated from college.

Jim and Joyce moved to the Bay Area where Jim attended the University of the Pacific, graduating with a degree in Dentistry (D.D.S.) They then returned to Southern California, and Jim started a general dentistry practice in Woodland Hills.

Orthodontics was a calling for Jim, he was accepted for the Orthodontic program at the University of Washington, and moved his wife and 3 young children to Seattle Washington.

While in the Orthodontic program at the University of Washington, Jim developed a passion for being a part of the care of children and adults with a Cleft Lip and/or Palate. Jim would carry that passion forward to his career as an Orthodontist. Upon the completion of his orthodontic program, Jim and Joyce moved their young family to the San Fernando Valley in California.

Jim’s professional life flourished, in addition to his busy Orthodontic practice, Jim pursued multiple avenues to provide care for individuals with a craniofacial difference. He joined the Cleft Palate Center at Saint John’s Hospital (Santa Monica) and later, the UCLA Craniofacial Team. Additionally, he consulted for Cleft Palate Teams at; Kaiser Permanente, Rancho Los Amigos, and White Memorial. Jim held an academic appointment at the UCLA School of Dentistry, Orthodontic program, teaching Orthodontic residents about the care of individuals with a Craniofacial difference. Jim also held a variety of positions in local, state and national Orthodontic and Dental organizations.

In addition to his professional life, Jim gave back to his local community. He was active in the Boy Scouts of America. As an Eagle Scout, he realized the importance of this organization for the development of character in young men. Jim became a mentor for his sons who both achieved the status of Eagle Scout, as well as a mentor for two of his grandsons who also achieved the status of Eagle Scout. He led a local Boy Scout Troop and continued as a merit badge counselor for many years.

Sunday mornings, Jim could be found at Westminster Presbyterian Church in Westlake Village, California where he was a part of the Usher Team. He and Joyce also led a Bible study that celebrated its 50th year of continuous meeting in 2018. They were active participants in the “shelter” program which provided a place for homeless individuals to spend the night during the winter.

Jim was a huge UCLA fan with season tickets to football and basketball games. Saturdays during the Fall were spent either at football games or listening/watching these games. And Pauley Pavilion was a second home during basketball season.

Jim is survived by his children, their spouses and their families; Ronald, Lorraine, Marcus, Joseph and Erik and great-grandson Duke Mulick, Dave, Sharon Gabriel, Hannah and Caleb Mulick and Dianne, Patricio and Parker Altuna.

In lieu of flowers, please consider making a donation in Jim’s honor to either:

It is with sadness that I inform you about the passage of another one of our UW alums, Dr. Andrew Marc Houg. Andy graduated with the class of 1960, and he practiced for many years in the

Northgate area.  He taught part-time in the Department from 1961 – 1972. Andy was an extremely talented athlete, playing football, basketball, and baseball at the University of Iowa.  At one point, he was the quarterback and captain of the football team.  In his retirement, Andy enjoyed his family and friends, as well as fishing and golfing. We were so glad that he was able to join us at our 70th-anniversary reunion last August.  He was all smiles, and for those who knew him, he had a truly exceptional smile.

A Celebration of Life ceremony will be held for Andy on May 19th at 1 PM at Northlake Lutheran Church in Kenmore.  Click here for more information.